In Pfizer's clinical trials, more vaccinated had died than unvaccinated. Then, Pfizer stopped the study — years sooner than the norm.

One of the most important metrics of vaccines is overall deaths. That is, how many died with and without the vaccine. It captures the overall risk of both alternatives; perhaps it reduces risk of Covid19, but that is of little comfort if it drastically increases other risks, like heart related diseases. It's hard to determine the causality of any particular death, but it's easy to compare the overall numbers.

Pfizer told the world 15 people who received the vaccine in its trial had died as of mid-March. Turns out the real number then was 21, compared to only 17 deaths in people who hadn't been vaccinated.

Berenson found the numbers in an official FDA government report, which followed up on vaccine safety for people aged 16 and older. However, the real numbers may be even less favorable to the vaccine; Pfizer had remarkably stopped the study in December 2020 and vaccinated an unknown part of the placebo group.

Normally, clinical trials run for up to six years, according to the FDA. Yet, in this case, it was stopped after only 6–8 months; before enough data was available for statistically significant conclusions regarding overall deaths.

In this article we'll investigate Pfizer's clinical trials safety-report, the FDA report, and statistically reason about the death statistics we have.

The relevant section from the FDA report:

From Dose 1 through the March 13, 2021 data cutoff date, there were a total of 38 deaths, 21 in the COMIRNATY group and 17 in the placebo group. None of the deaths were considered related to vaccination. [emphasis added]

The report claims that “none of the deaths were considered related to vaccination”. Unfortunately, the causes of deaths were not reported in this report, only the counts.

In a 4.5 months earlier safety assessment from July 28, 2021, there's a breakdown of causes of deaths. There, 15 vaccinated had died in total and 14 unvaccinated. One vaccinated died with Covid19 and two unvaccinated. At the same time, four vaccinated died of cardiac arrest, while only one unvaccinated. To put the numbers in context, the clinical trials included approximately 44'000 people; about 22'000 got the vaccine, and 22'000 got a saline placebo.

Table 1: Deaths during the blinded period

Significantly complicating analysis, individuals in the placebo group were unblinded and given the option to vaccinate starting in December 2020:

Starting in December 2020, following availability of BNT162b2 under emergency/conditional use authorizations, ≥16-year-old participants who became eligible for COVID-19 vaccination by national/local recommendations were given the option of unblinding. Those who had been randomized to placebo were offered BNT162b2. After unblinding, participants were followed in an open-label study period.

Disposition is presented for all enrolled participants ≥16 years old through the data cut-off (March 13, 2021)

We categorize the deaths-counts as of March, 2021:

Thus, in total 20 vaccinated has died and 14 unvaccinated, totaling 34 deaths.

Pfizer has not published how many of the original placebo group got vaccinated; there's consequently no meaningful way relate the numbers during the unblinded period.

Discrepancy between Pfizer and the FDA report

The FDA report claims that a total of 38 individuals died, while Pfizer's follow-up report claims 34. Both reports have the same cutoff-date, March 13, 2021.

Pfizer's report excluded two HIV-related deaths, one in each group:

Includes 2 deaths in HIV-infected participants (not included in text). [one in each group is discernible by inspecting the figures]

The follow-up report does not specify whether they're included, but let's assume that those explain two of the four additional deaths.

However, we know that at least two of the deaths in the so-called “placebo group” got vaccinated after the unblinding in December 2020.

By cross-referencing the two reports, we arrive at the following numbers, including the presumably HIV-related deaths:

This is as far as we get with the data published.

It's possible — even probable — that most deaths had nothing to do with the vaccine or Covid19. When clinical trials are double-blinded placebo-controlled, given large enough data-sets, correlation is a strong indication of causation, even when the causes of individual deaths cannot be determined.

When clinical trials establish vaccine efficacy, causality between the vaccine and each uninfected person isn't established. Infections and non-infections happen both with and without the vaccine. Yet with a large data-set, it still suggests causality when one group is significantly more infected than the other.

Vaccine efficacy for survival has the same property, even when some deaths are entirely unrelated to Covid19 and the vaccine. For example, perhaps one individual in the placebo group got hit by a bus and died; an event unlikely prevented by vaccinating. However, since the clinical trials are controlled, we expect that approximately the same number of similar events happens in both groups. The larger the sample size, the less influence unrelated deaths have.

Overall deaths is a very strong metric that's resistant to tampering and mistakes by the researchers. Either a person is dead or alive; it leaves very little open to interpretation.

By unblinding the study in December 2020, and vaccinating an unknown part of the placebo group, we lost the strongest, highest quality metric of the vaccine impact on overall deaths.

Unblinding the study after only 6–8 months is exceptional, especially considering how difficult it is to establish safety from adverse effects:

A typical vaccine development timeline takes 5 to 10 years, and sometimes longer, to assess whether the vaccine is safe and efficacious in clinical trials, complete the regulatory approval processes, and manufacture sufficient quantity of vaccine doses for widespread distribution.

Nevertheless, we can compute the vaccine survival efficacy based on the overall deaths before the study was unblinded. The data will be over one year out of date; rather than being relevant at the start of 2022, it will serve as an indication of the degree of certainty that's acceptable to Pfizer and the FDA.

To get some context, let's first consider the conventional vaccine efficacy statistic commonly reported by scientists, the media, and politicians. It refers to the relative risk reduction of testing positive for Covid19 during the clinical trial. It neither refers to reduced infectiousness, deaths, complications, hospitalizations, nor any other tangible benefit or drawback of the vaccine.

For example, Pfizer's vaccine trial for children 5–11 reports a 91% efficacy. In absolute numbers, 2.1% of the unvaccinated tested positive and 0.2% of the vaccinated — a decrease of 1.9 percentage points. Similar efficacy-rates have been reported for other age groups.

Where Pvaccine​ and Pplacebo​ are defined as the fraction that tested positive within their respective arm during the clinical trial.

We want to compute the same efficacy-metric for the overall survival, the relative risk reduction of not dying after vaccination compared to remaining unvaccinated. Applying Formula 1 to the numbers from Table 1 results in a vaccine survival efficacy, VSE, of -7%.

We want to quantify the certainty of the estimate, like in our previous article Covid19 vaccines: Adverse effects & Uncertainty. As done in that article, we'll use Bayesian statistics. For the less statistically inclined, skip to the next section for the results & interpretation.

Let dv​, nv​, dp​, and np​ denote the deaths and the participants in the clinical trials, where v is vaccinated, p placebo, d deaths, and n the number of participants. Deaths are Boolean-valued events, thus the number of deaths will be binomially distributed. Let P(†v​) and P(†p​) be the unknown probabilities of death. dv​∼B(nv​,P(†v​)) dp​∼B(np​,P(†p​))

We parameterize †v​ and †p​ by using the conjugate prior probability distribution of the Binomial distribution, the Beta distribution, with uniform priors. †v​∼Beta(1+dv​,1+nv​−dv​) †p​∼Beta(1+dp​,1+np​−dp​)

Let S be vaccine survival efficacy. We define it like VE, but with our stochastic variables instead of fixed numbers. S∼1−†p​†v​​

The PDF of S is derived using the ratio distribution. We replace x=1−x as we want its inverse. †v​ and †p​ are considered to be independent.

The probability density function, P(S=x); the cumulative distribution, P(S≤x); and the percentage point function can be trivially computed numerically.

Using the resulting distribution from Formula 2, we compute a few more metrics.

Since Pfizer unblinded the clinical trials and vaccinated an unknown part of the placebo group, it's difficult to precisely compute the survival efficacy of its vaccine. Even if Pfizer publishes the numbers, it would neither be randomized nor controlled.

Given the data before unblinding, the vaccine survival efficacy is -7% (CI: -120% – 47%). However, we cannot draw strong conclusions; given the relatively low number of total deaths, those unrelated to the vaccine and Covid19 can greatly affect the estimations. The numbers are from December 2020, about a year out of date at the time of writing.

The most concerning part is how the clinical trials were unblinded and stopped years prematurely. Yet, billions have been vaccinated based on the results of those studies. However, since they were prematurely stopped, we don't have conclusive evidence that the vaccine is actually beneficial.

Bad Pharma February 2, 2022 A list of crimes and corruption perpetrated by global pharmaceutical companies, leading to multibillion-dollar litigations and verdicts. 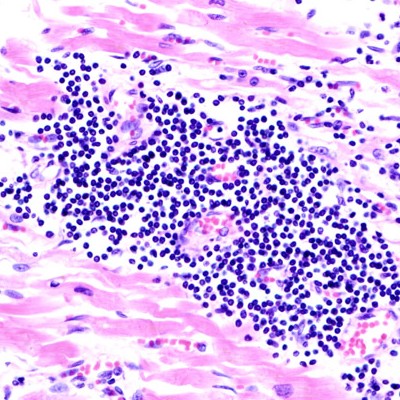 Covid19 vaccines: Adverse effects & Uncertainty December 5, 2021 A statistical proof why the Covid19 vaccine could cause myocarditis in 1 out of 524 vaccinated children, and this still not be detected in clinical trials.