In Sweden, The Uppsala University Department of Medical Sciences, together with multiple Swedish administrative regions, requested permission to conduct a large randomized clinical study of 1.7 million residents. Each person getting vaccinated would've received a random choice of the three approved vaccines: Pfizer, AstraZeneca, or Moderna.

The purpose of the study was to investigate differences in vaccine efficacy, risks, side effects, and how well they work against mutated new strains of Covid19. The final version of the study protocol is dated 2021-02-24.

Just as the mass-vaccination campaign was starting, The Swedish Ethical Review Authority rejected the study March 2021, with the remarkable justification that it may lower vaccine uptake:

All registered vaccines have good efficacy and currently known side effects have been shown to be mild. Some differences between the different vaccines have been observed, which has created concern and hesitation in the general public to be vaccinated at all or with a specific vaccine. The major current problem is that there are not enough vaccines-doses, and that the pandemic continues to harm, kill and paralyze communities.

The study risks questioning the effectiveness of vaccines and may highlight risks and potential differences of the vaccines, hence disrupting the goal of rapidly vaccinating risk groups and the rest of the population. Side effects and poor efficacy should instead be captured in another way.

The study is rejected as the board deems that it endangers the ambition to vaccinate the population, which is not ethically justifiable. The board assesses this risk to be large. A retrospective study can give the same information, and evaluations can be made at multiple times before the final evaluation.

The University, unsatisfied with the decision, appealed to the Swedish Ethics Review Appeal Board. They overrode the previous decision and approved the study. The Appeal Board emphasized both the added scientific value of randomized vaccine-distribution, and that there would be no additional risks to the participants.:

With the research project, the distribution would be structured and randomized, which increases the scientific value of the study.

[..] The Appeals Board deems that the project can lead to significant gains in knowledge. The approach with a cluster-randomized distribution of different vaccines, gives better conditions for a scientifically stronger foundation for comparisons between the different vaccines than that of observational studies. The study does not imply any additional medical risks for the individual, compared to the contemporary model of vaccine-distribution.

Before the study could begin, the Swedish Medical Products Agency stepped in and again blocked the study. This time because of a technicality:

According to 7 Chapter 3 § Law of Medical Products, consent must always be collected for participation in a medical clinical study.

The Medical Products Agency concludes that according to the current application, the study participants have no ability to consent to receive a randomized vaccine.

The justification for the rejection is perplexing. Paradoxically, individual swedes are not allowed to select which of the three vaccines to receive regardless — that's decided by the health authorities.

Citizen journalist Leif Nilsson, who investigated the decision to reject the study, called Gunilla Andrew-Nielsen. Gunilla, as the Head of Clinical Trials, The Swedish Medical Products Agency, is responsible for the rejection.

In the recorded phone call (se), Gunilla argues that it's not randomization in itself that's disallowed, it's instead the kind of randomization the study proposed. When Leif inquires what the problem is, she retorts that it would be difficult to explain to a layperson, and refers to the official statement.

However, the official statement is very brief and contains no details regarding why the study's proposed randomization strategy is inappropriate. When Leif points this out, she responds that that part is not public. She refuses to elaborate any further, and instead suggests that he talk with the researchers or file an appeal.

It's important to emphasize that the study's purpose was not to evaluate vaccinated contra unvaccinated, but instead to compare the outcomes of different vaccines. The proposed randomization was for which vaccine should be injected, not whether an individual should get vaccinated or not.

Before Gunilla's position at the Swedish Medical Products Agency, she was previously employed as a section director at AstraZeneca. Their vaccine was later “paused” in Sweden after multiple reports of serious adverse events.

Residents have not been allowed to choose which vaccine to get injected with; a restriction health authorities justify with “all approved vaccines are safe and effective”.

Yet, at the same time, authorities prevented a study evaluating safety and efficacy from being conducted, arguing that doing so “may highlight the risks and potential differences between the vaccines” and hence that “it endangers the ambition to vaccinate the population”.

The contradictory logic suggests that perhaps the health authorities were not so certain of the safety and efficacy as they claimed.

In the end, the study wasn't conducted and vaccine-distribution wasn't randomized. While retrospective studies can still be performed, the scientific quality of the evidence will be lower due to the lack of randomization.

The quotations in this article were translated from Swedish by the Alternative Hypothesis. 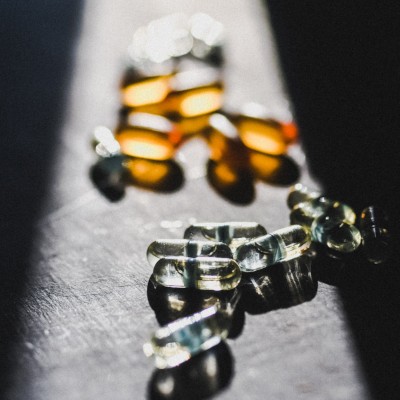 Bad Pharma February 2, 2022 A list of crimes and corruption perpetrated by global pharmaceutical companies, leading to multibillion-dollar litigations and verdicts.